Just as with 2020’s Realme 7 Series, the 5G-capable entry of this year’s Realme 8 line made its debut a little while after its siblings. But was it worth the wait?

Despite the promise of super-fast 5G connectivity, at first glance the Realme 8 5G looks to be the most modest entry in the lineup; swapping out the punchy AMOLED visuals of the standard 8 for a more muted LCD panel and sporting a simpler camera arrangement compared to both the 8 and the 8 Pro.

All that trimmed fat, however, means the Realme 8 5G can wrest the title of the company’s “cheapest 5G phone” from its predecessor and all the while give like-minded rivals – such as Xiaomi’s budget 5G devices – a run for their money.

The Realme 8 5G’s design is inoffensive but pleasing to look at. Available in Supersonic Black or Supersonic Blue (pictured), the phone features a characteristically glossy back pattern that plays with reflections when held against the light, while the colour-matched matt plastic frame offers a nice visual contrast too.

Even with a predominantly plastic body, the 8 5G feels solidly built, however, that back panel takes on smudges and fingerprints incredibly easily, making the job of keeping it pristine something of a chore.

The curved edges running down the phone’s back give it a comfortable and deceptively thin hand feel, even though at 8.5mm, this is the thickest member of the current Realme 8 lineup, made even heftier should you choose to slap on the transparent flexible case that comes in-box.

A volume rocker and a triple-slot SIM tray (with one segment meant for a microSD card) sit on the left edge of the phone’s frame, while the right edge is clear, save for a fingerprint sensor-laden power key.

This feature was also present on last year’s Realme 7 5G and proves equally reliable here, albeit fractionally slower in side-by-side testing, with a harder press needed to have it pick up your print in the first place. This isn’t a debilitating difference, but something to be aware of.

If you aren’t a fan of the sizeable “Dare to Leap” slogan that Realme likes to throw across the back of a number of its devices – including the Realme 8 and 8 Pro – it’s thankfully absent here, making for a cleaner overall finish.

Perhaps one of the most obvious cost-cutting measures in comparison to the 7 5G is the phone’s screen. The 8 5G features a 6.5in 20:9 Full HD+ IPS LCD – just like its predecessor, however, the refresh rate has been dialled from 120Hz down to 90Hz.

On some devices – like Google’s Pixel 4/5 – 90Hz feels pleasingly smooth and responsive – a nice improvement on conventional 60Hz viewing, but in the case of the 8 5G, for whatever reason (most likely poor underlying performance or software optimisation), swiping around the phone’s user experience can feel sluggish or appear to stutter; denying the gratification the addition of a high refresh rate display is meant to provide.

The display’s refresh rate is set to ‘Auto’ by default but can be locked to 90Hz or 60Hz, if you prefer more fluid visuals or better battery life, respectively.

Viewing angles, contrast and maximum brightness all feel a tad weaker than expected too, however, colours are still pleasing, and there are a number of display settings that let you tweak aspects like colour gamut and colour temperature as desired.

As for the phone’s audio chops, you’ll find a standard 3.5mm headphone jack on the bottom left edge of the phone and a single loudspeaker to the right of its USB-C port. Realme and Dirac Research co-developed various EQ profiles loaded onto the 8 5G, categorised as ‘Movie’, ‘Game’ and ‘Music’, with a ‘Smart’ option that can automatically switch between the other three profiles based on the content you’re listening to.

The single down-firing loudspeaker is functional for calls but lacks detail and depth, serving up tinny audio that is best avoided if you were planning on listening to music on your phone sans headphones.

Android 11 underpins Realme UI 2.0 on the 8 5G. Version 2.0 is the first substantial update to the company’s Android skin, littered with visual and functional tweaks that cumulatively offer a more capable and easier-to-understand user experience.

In general, Realme UI (which itself was originally based on Oppo’s ColorOS) generally keeps things where you’d expect them – relative to stock Android, but adds in a number of additional features and greater fine-grain control over both settings and customisation.

Personalisation is a big part of the Realme UI experience, with support for home screen icon layouts and icon packs now directly accessible from home screen customisation UI, as well as a new Personalisation sub-menu in the phone’s settings.

Aspects like Dark Mode, which were already part of Realme UI, have been expanded upon, with additional modes and more nuanced settings.

There’s a smart sidebar that you can access from almost anywhere within the UI that offers easy access to apps and quick settings (such as screen recording and translation), and gamers will appreciate the enhanced Game Space app, which can now throttle device and network performance to optimise your gameplay experience, as well as blocking notifications and locking screen brightness in place to prevent distractions.

While Realme UI 2.0 is a nice upgrade over the company’s first-gen Android skin, the 8 5G still comes with what could be considered an excess of pre-loaded apps. Some from third parties, like Agoda and Booking.com (at least in the case of the sample reviewed here) but also from Realme itself.

Realme also includes its own App Market as an alternative to the Google Play Store (which is present on the 8 5G as well), meaning you can download apps untested by Google Play Protect (which scans for spurious apps and malware), so long as you’re comfortable putting your faith in Realme instead.

A Dimensity 700 chip – MediaTek’s most modest 5G-capable mobile silicon (at the time of writing) – lies at the heart of Realme 8 5G, accompanied by up to 8GB of RAM (as tested).

The 8 5G benchmarks well, showing comparable CPU performance to the rest of the Realme 8 line but weaker overall graphical ability, reflected in games like Call of Duty Mobile, where visuals default to ‘Low’ settings and top out at ‘Medium’ fidelity (gameplay is still wholly possible and enjoyable, though).

The lacklustre touch response and apparent visual lag when swiping around the UI, as mentioned earlier, likely comes from poor optimisation on Realme’s part, rather than a performance bottleneck, as gaming and app loading/switching feels perfectly rapid and responsive.

Realme UI also includes a virtual RAM feature, letting you reallocate a portion of the phone’s unoccupied storage as memory (it’s set to 3GB by default but ranges from 2GB to 5GB) to speed up tasks like those mentioned above. It’s a feature that might only appeal to the tech-savvy but should ultimately help the Realme 8 5G feel fresher for longer.

The phone’s 5000mAh battery also proves capable, reliably delivering a day and a half of use per charge with juice to spare. The only real disappointment is the downgrade from 30W to 18W fast charging, compared to the Realme 7 5G; meaning the phone’s battery is only a third full in 30 minutes and takes 2.25 hours to fully replenish.

One small Realme UI 2.0 addition that we’ve previously seen in other guises from the likes of Sony is what Realme calls Night Charging. This feature optimises the phone’s charging behaviour based on your usage patterns in order to minimise long-term battery degradation and is another great addition in terms of long-term battery health and the phone’s overall longevity.

Like its siblings, the Realme 8 5G sports a 16Mp hole-punch front-facing camera and a familiar squared quad-camera setup on the back… at least that’s what it looks like at first glance.

Closer inspection reveals that the top-right “sensor” is actually simply a logo that reads “AI” but the arrangement is designed to match the quad sensor setups on the back of the 8 and 8 Pro.

Realme has trimmed a whole camera off the back of the 8 5G, versus its predecessor, leaving you with a 48Mp primary snapper and a pair of 2Mp sensors: one for depth and one for macro shooting.

Shots taken with the phone’s main 48Mp sensor are wholly usable in bright light but all the hallmarks of a more affordable photography experience are also present; with limited dynamic range and over-sharpening trying to render snaps as if captured in a higher fidelity than actuality.

The 8 5G shoots 12Mp stills by default but more detail can be gleaned from images if you switch to 48Mp mode (provided you keep the phone still), while enabling AI enhancement is recommended in order to get better colours and slightly improved dynamic range in your snaps (i.e. leave it on).

The grainy blur around the edge of frame and the inherent limitations of that 2Mp resolution when shooting using the phone’s secondary sensor and Ultra Macro mode are compromises that are too significant to justify its use; especially when macro shots taken using the main sensor are generally far better looking, even if you can’t get quite as close to the subject. 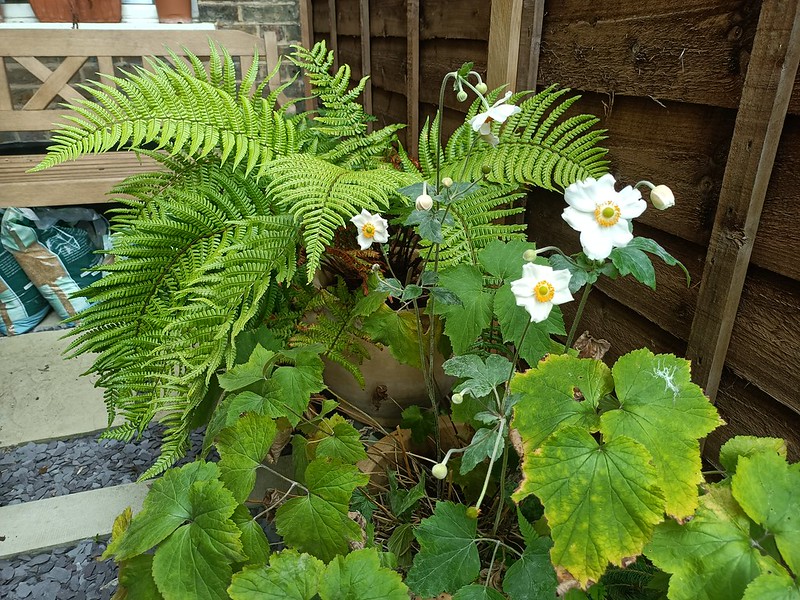 The faux bokeh imposed on portrait shots feels a little heavy-handed but recognition must go to Realme’s depth algorithm and the depth sensor on the 8 5G’s back; demonstrating reliable edge detection that only really trips up on the finest of hairs.

Low light shooting is unsurprisingly one of the camera’s main weaknesses and even with Night Mode, grain, noise and a loss of detail and colour information are evident in spades.

As for selfies, Realme’s software offers up a dizzying amount of virtual beautification options but overall image quality and dynamic range mean the resultant images often turn out muddy.

Video capture at up to 1080p HD feels a little behind the curve but is likely a limitation of the phone’s processor, however, electronic image stabilisation (even without ‘Ultra Steady’ mode enabled) and autofocus prove surprisingly competent.

The company announced the Realme 8 5G for India and Europe on 22 April, with the phone going on sale a few weeks later.

The double-edged sword here comes from the fact that if you’re after worthwhile long-term performance, the base 4GB RAM seems best avoided, pushing the price up past competitors, like the Redmi Note 10 5G and Poco M3 Pro 5G, that then match or outclass the Realme on price versus performance.

Realme UI makes for a cleaner overall user experience but whether that is enough of a draw over the competition – the mentioned entries of which run on Xiaomi’s MIUI – is ultimately a matter of personal preference.

The budget 5G phone market has moved swiftly since last year’s Realme 7 5G served as the cheapest 5G phone in Europe and while the Realme 8 5G proves significantly cheaper still, it’s lost much of what helped its predecessor stand out.

A less inspiring design, a weaker camera setup, weaker performance and a poorer display all stand out but competition from the likes of the Xiaomi-made Redmi and Pocophone means that even with Realme plumbing new depths of affordability for the brand in the 5G space, the 8 5G doesn’t quite keep up with the competition like last year’s model did.

The silver lining is that Realme’s phones are often offered up in deals and discounts, and the standard RRP of most models also quickly drops too. So if you’re still enamoured by the Realme 8 5G’s particular blend of super-fast connectivity and simplicity, you don’t have to pay full price to get it.

Check out our best budget smartphone and best cheap 5G smartphone roundups to see what the Realme 8 5G is up against.