This past year has demanded a lot out of creators, to change and adapt and think way more outside the box than ever before. The struggle has been immense, but we’ve also seen some amazing ingenuity and creative solutions as a result of the lockdowns.

Recently cinematographer Jake Polonsky BSC has married a camera and lens combination that has many rethinking what is possible with large format cinematography. Polonsky is no stranger to innovation in filmmaking – he shot Bandersnatch, the interactive episode of Black Mirror on Netflix.

For this project, 2020 Vision by Hussain Manawer, Polonsky was invited by Fujifilm to make a short film with the GFX100, to experiment with its capabilities as a cinema camera. The GFX100 has a whopping 55mm diagonal length large format sensor in a mirrorless camera sized package. It’s certainly a step up for many video shooters who have jumped on the full-frame camera movement and are interested in going even further beyond.

Paired with the right cinema lenses, the GFX100 could really shakeup the large format cinematography world that is accustomed to rigged up ARRI Alexas and REDs. Polonsky says, “The camera, although certainly not designed primarily as a motion picture device, did deliver some very interesting images, enough to make me wonder whether it would be possible to use it to make something a little more meaningful about this challenging year.”

As you’ll see in the video, the film tackles the challenges we’ve all faced this past year, while also bringing attention to struggling performance venues that have been shut down during the pandemic. The story is written by Hussain Manawer, a British poet and mental health advocate. Polonsky adds, “So this film is an expression of our experiences this year, and, in the end, a portrayal of one person managing to weather the storm and keep creating, just as we did with this film.”

The film isn’t just about the effects of the pandemic, it was also produced with all of the limitations of COVID-19, including a skeleton crew working with social distancing requirements. Here’s Jake Polonsky’s take on the production: 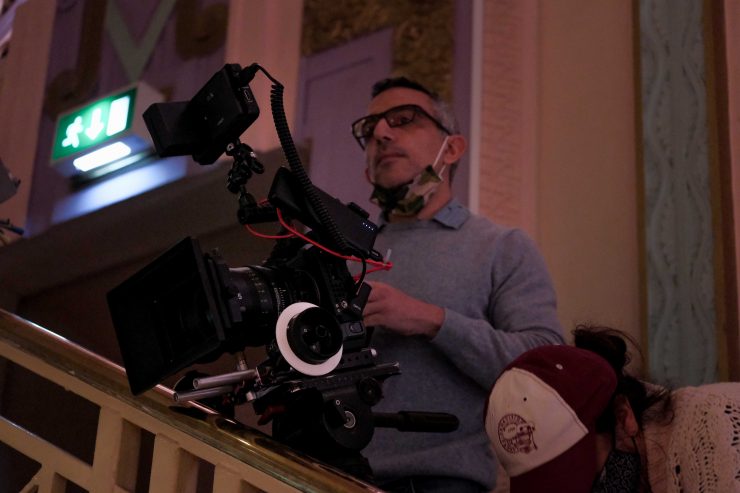 “In terms of the film making we approached the project as simply as we could. No dolly, no gimbals, an almost Bressonian simplicity partly driven by necessity and needing to have as small a crew as possible for health and safety issues. No remote focus, no wireless video, not least because to attach these and power them via the GFX would have meant building out the camera to a degree that slightly defeated the purpose of using a camera this compact.”

There’s no shortage of full frame mirrorless cameras out there today, but a compact, affordable, large format camera for filmmakers is a relatively new concept. For productions that are accustomed to ARRI and RED packages, the Fujifilm GFX 100 is 1/10th the cost of an ARRI ALEXA LF or ALEXA 65, which is a rental-only camera. The GFX 100 retails for only $9,999, and the newly announced GFX 100S with the same sensor is priced at only $5,999. An ALEXA LF, meanwhile, is running close to $80,000.

While traditionally giant sensor cameras have been associated with Marvel-esque special effects sequences or large vistas, many filmmakers are now choosing large format cameras for a more intimate connection to subjects, even at wide angles. 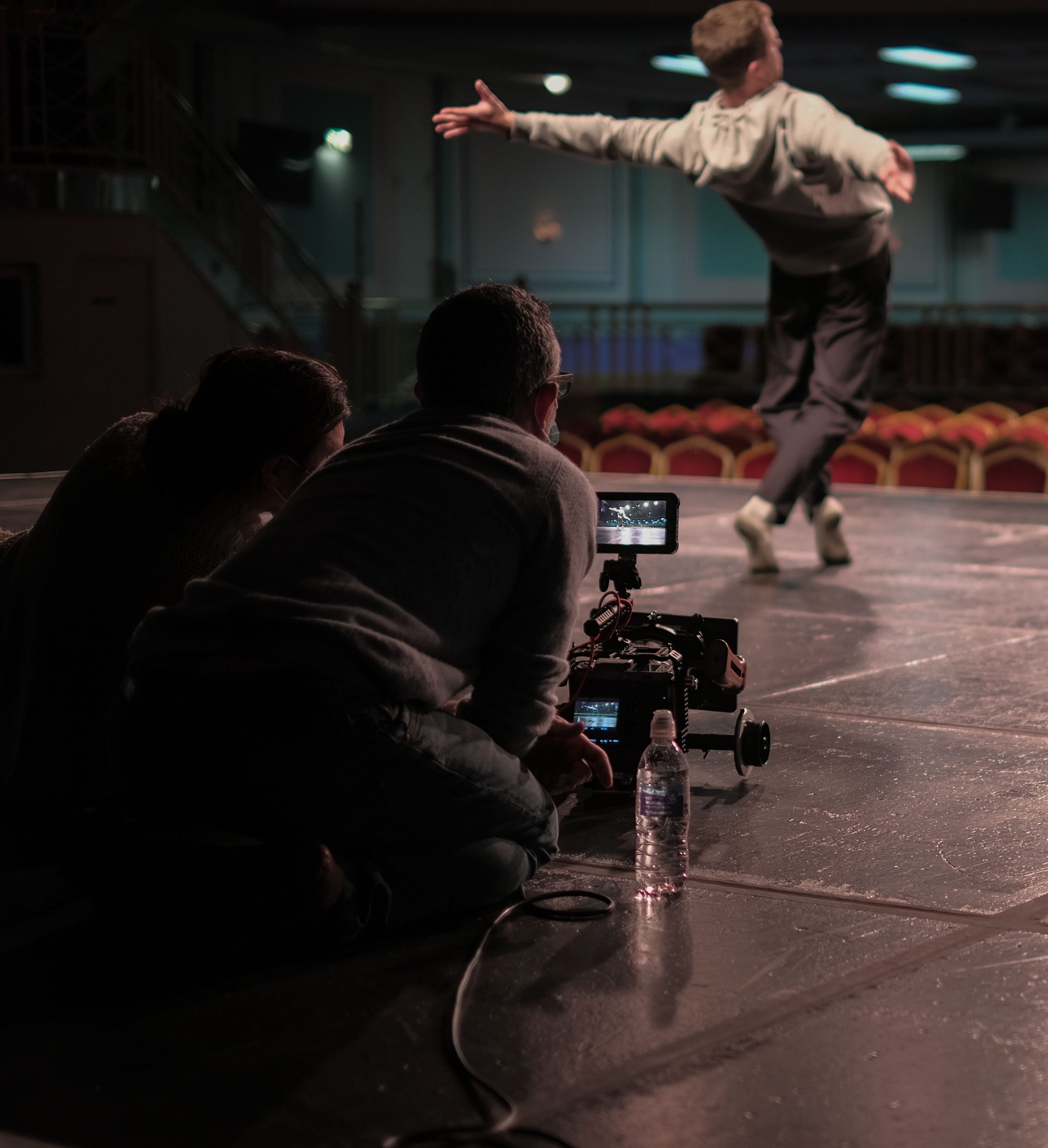 And now with the GFX 100, small crews and short films can begin to incorporate large format cinematography on sets where previously it was unheard of. For 2020 Vision by Hussain Manawer, the wide, sweeping visuals in a low-lit theater can now introduce an emotional presence to the subject that Super35 or even full frame imagery can’t quite match. And it can be done affordably and safely even with the limitations that the pandemic has placed on productions. Here, the enchanting work of dancer Will Thompson and choreographer Maxine Doyle can be felt and appreciated by viewers in a way that brings us closer to the in-person theatrical experience that we’re all missing so dearly.

For this film, Polonsky took full advantage of the 4K 4:2:2 RAW 12-bit read-out of the GFX 100 to record directly to ProRes RAW on an Atomos Ninja V recorder/monitor. 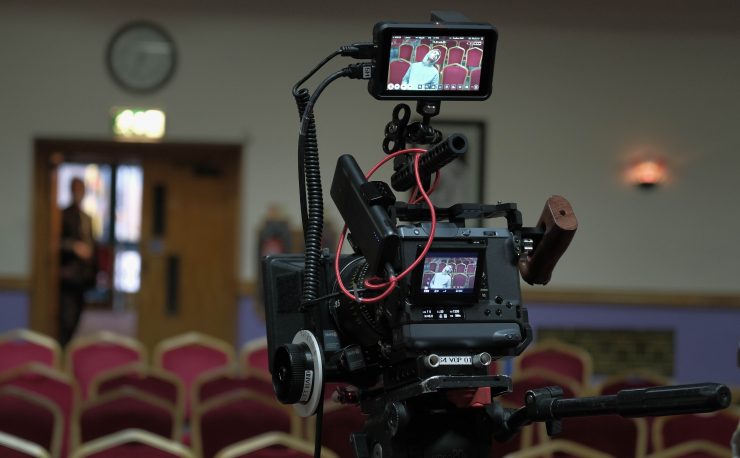 With such a large sensor, the challenge Polonsky faced was finding a set of cinema lenses that could cover the sensor while also being easy to work with in such a nimble production environment. Tokina’s Vista ONE lineup proved to be the perfect match, in part thanks to their ability to resolve in high resolutions with a wide image circle. 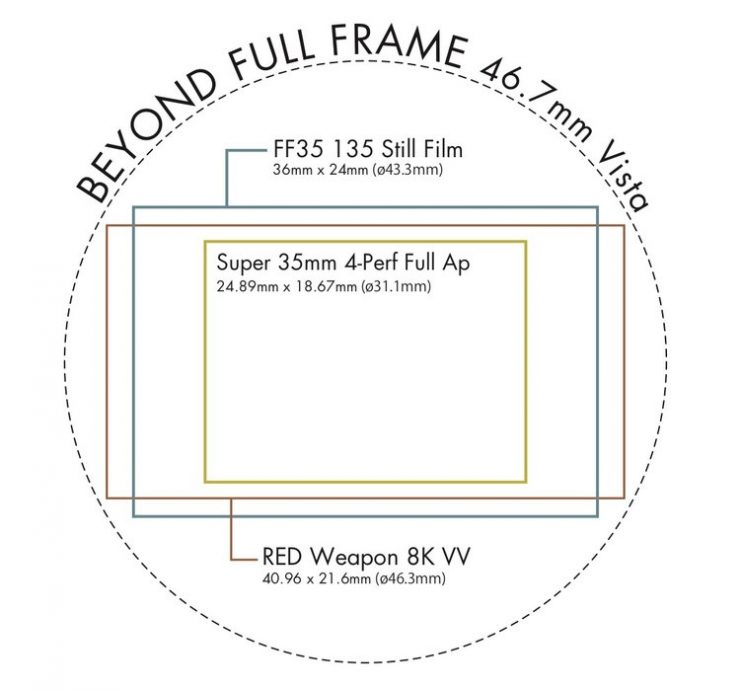 “I needed some lenses that would fully cover the GFX sensor even at the wider focal lengths, and as I didn’t have much lighting, I also wanted lenses that were relatively fast. I also knew that the Fujifilm stills lenses weren’t a good solution for shooting that needed follow focus,” says Polonsky. 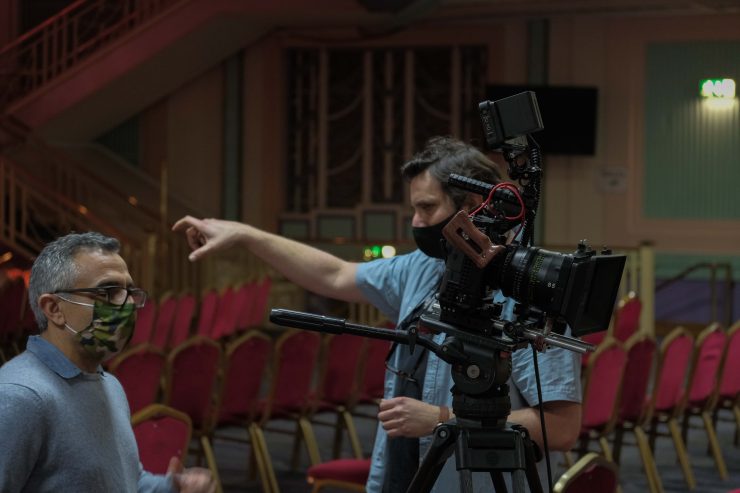 The Vista and Vista ONE set of cinema primes range from 18mm to 135mm with a constant aperture of T1.5 and identical gear positions on all focal lengths, making them easy to swap quickly and use in very low light. These are super fast and dependable lenses. There’s a lot to be excited about with these lenses, and Matt Allard provides a great overview in his Tokina Vista ONE review. 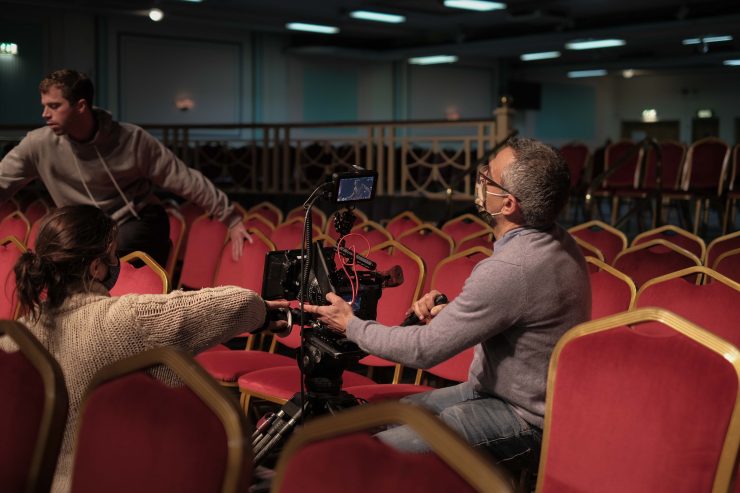 Tokina designed and engineered the lenses from the ground up, rather than rehousing an existing set of lenses. It’s quite an impressive achievement to manufacture a complete set of lenses from 18mm to 135mm in T1.5, but the 18mm is especially a marvel for having limited chromatic aberration for a lens with such a wide FOV and large aperture. At this time, the Tokina Vista 18mm T1.5 is the fastest 18mm wide angle lens that can cover VistaVision sensors.

The Vista ONE lenses feature a single coated front element that reduces contrast and increases lens flares when off-axis lighting is used. They’re a good compromise between multi-coated and uncoated cinema primes. 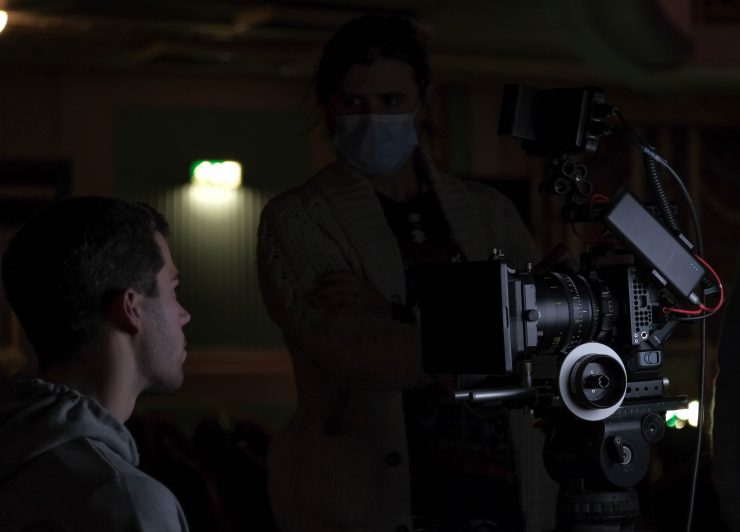 What did Polonsky think of the Tokina Vista lenses on the GFX 100? “I was very happy with the image – pleasing rendition of colour and detail, not too sharp, and no focus breathing. Coverage was good. Obviously focus is pretty critical on large format, but the Tokinas were well marked up, user friendly, and scaled up correctly on the camera, and [focus puller] Dom Cheung did an excellent job keeping everything sharp on the day.” 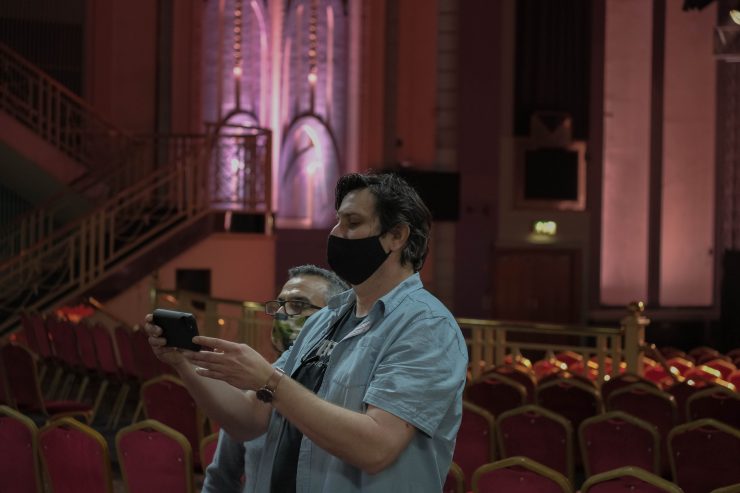 During production, Polonsky used the Tokina Vista lenses and GFX100 combo for the shots inside the Troxy theater in Stepney, outside of London. For the cutaways and Hussain footage, Polonsky used Fuji G 45mm and 110mm stills lenses as he was limited to working solo for those shots.

So what do you think? Do you see medium/large format cinematography going more portable? Let us know in the comments below!

Google Photos vs Amazon Photos: which cloud storage giant is the best?

Best e-commerce platform of 2020: website software for an online store

admin - February 17, 2020
0
The best e-commerce platforms in 2020The rise of the web has allowed countless businesses to reach a wider market. Not only that, it...

How to watch Celebrity Family Feud and stream the new season...

How to watch the Motorola Edge launch live stream