Crazy. Ambitious. Innovative. While those may not be the first three words that come to mind when you hear about the iPhone 12 Pro Max and Profoto Pro-11, they are precisely what I think this pairing comes down to.

While some photographers may see the combo as stupid or unnecessary, I’ll explain why I think syncing your iPhone to a $16,995 flash is not that pointless after all, and why it’s not only about iPhone connectivity.

When Profoto released their Pro-11 pack, I was slightly shocked that it could sync to a smartphone. I mean, who would ever want to use that? Obviously, if someone is buying or renting a $16,995 mains-powered flash pack, they’re at least shooting on a Canon 350D level camera. Compared to the A10, which is a popular choice among smartphone photographers, the Pro-11 just doesn’t seem to fit at all. 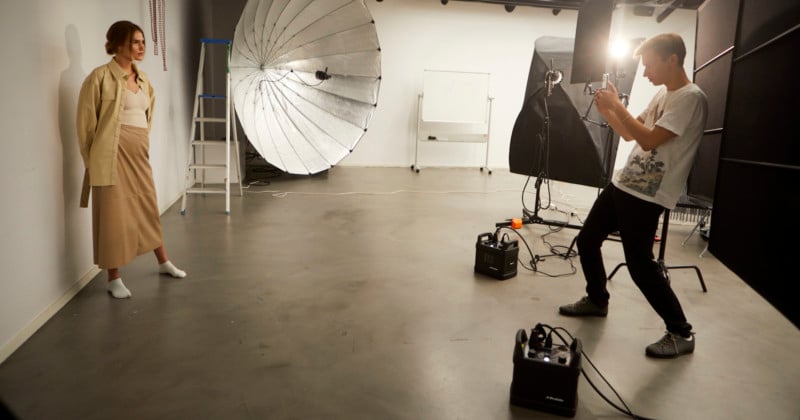 When speed, connectivity, and ease of sharing are of the essence. This is in fact the first use case for the Pro-11: e-commerce studios. Let me explain how eCommerce studios work:

A common place to find Pro-11 is eCommerce studios that shoot day in day out. Those jobs demand seamless connectivity, speed, reliability, and consistency. Modern eCommerce is far from a model on a white background, through — set design, creative direction, and a lot more play a role in large eCommerce studios that produce photos in tens of thousands a day.

For example, a global fashion brand’s eCommerce studios are huge warehouses where they have tens of sets, all constructed for a particular collection and need to be approved by the art director. The art director themselves may be based in a different office if not country or continent. This calls for a system where speed is the most important part, not the image quality. The so-called test shot displaying a particular lighting scenario on a particular setting should be captured quickly, without fuss, and sent out as soon as possible.

Anyone with the Profoto Camera App can connect to a Pro-11, or even four, and take a few images. If a photographer has to simply share an acceptable file with an art director, they can get their iPhone out, snap a frame, and off the image goes. This eliminates a myriad of importing, post-processing, exporting, sending. Time saved, money saved. 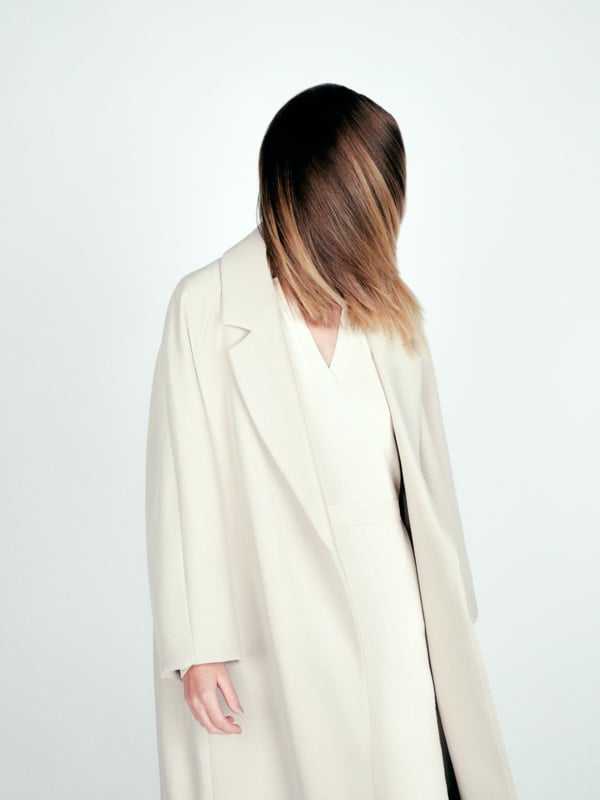 Speaking of an acceptable file that doesn’t have to be perfect, there is another valid use case for the Pro-11 and iPhone. It again stems from e-commerce studios. Nowadays most image factories own upwards of 50 pro-level DSLRs. Doing the maths, a Pro-level DSLR can cost more than 3 or even 4 iPhones. Yet, the quality, dynamic range, optical superiority, and a lot more are lost when the image ends up compressed to 840px longest edge. Hence, using an iPhone with AirX to produce e-commerce shots full-time can save a lot of money. Unfortunately, costs can’t be cut with flashes as they are crucial to producing consistent results shot to shot. Having used an iPhone as my image capturing device connected to a Pro-11 with all the light shaping tools I can imagine, I learned that light makes the biggest difference. So much so, that if I didn’t tell most viewers, I shot those photos on an iPhone, no one could tell a difference.

Being able to control the flash like from a regular remote: set power, turn modeling lamp on or off, turn the head off, etc. meant that the transition from shooting on a camera to shooting on an iPhone was seamless. While the inside is definitely complex, the outside is as simple as everything else Profoto: you plug it in and it works.

Right now, there are a few drawbacks to using an iPhone with the Pro-11. Only one flash socket can be used with the app, and the natural sync speed is a little too low to cut out strong ambient light. Otherwise, all Profoto AirX flashes sync with the app from 1/16000s to 1s.

Another setback is switching between lenses in Apple iPhone. Most photographers will likely shoot with the telephoto lens, as it is closest to 50mm focal length. Yet, when I switched between telephoto and regular, there was a change in exposure due to different apertures used for each lens.

As the Profoto Camera App is a work in progress, these features are likely in development. 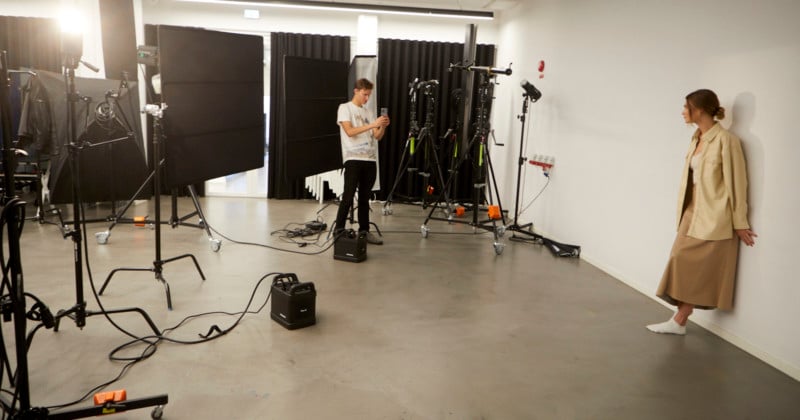 AirX: It’s Not Only About iPhone Photography

The Pro-11 isn’t aimed at the regular photographer, it is mainly a product for rental houses. Sure enough, you can buy a Pro-11 but very few are sold to private customers. AirX connectivity, especially for rental studios that may own 20 Pro-11’s makes firmware updates a lot easier as it is possible to do them from an iPhone without ever having to plug the Pro-11 into a computer. Another useful feature of the Pro-11 and AirX is on large sets. Very few major in-studio productions are done with 1 light. Being a fashion photographer myself, I sometimes end up having four packs on set, or even more across different sets. What AirX enables is control from a smartphone, not for me but for my assistants.

Key up 0.3 stops, fill down 1, and kicker off. Previously this had to be done from an on-camera remote, or worse someone had to run around the place turning knobs and pressing buttons (a week of this is exhausting). Now, the image creator can focus on capturing the image, while assistants take care of light control that is a lot faster compared to classic Air remotes.

Beyond iPhone connectivity, AirX is a very young technology with much of the possibilities yet unexplored. The CEO, Anders Hedebark, commented that AirX is a technology that enables image creators to capture faster and with less fuss. Profoto’s customer base, mainly professional image creators that value good light, has been used to the simplicity and innovation that Profoto delivers.

From personal experience, I am confident in saying: I can grab a Profoto product and get my head around it without needing a manual. Interestingly, when commenting on the “next big thing” in flash technology the CEO Anders Hedebark said that they think it’s AirX and better connectivity. Indeed, with a lot of high-end flashes having mind-blowingly short flash durations and color consistency shot to shot, they can lack connectivity to enable all these features.

Essentially, the next development is a technology that enables photographers to take full advantage of flash features, not only control power on a remote. Of course, some developments may be ahead of their time, the CEO admits that. Anders Hedebark is direct about this: AirX is ahead of its time.

More practically, focusing on innovation, Profoto has outsourced production and recently gone public, which according to Anders Hedebark, allows them to focus on innovating, not soldering. This is very much in line with Profoto’s innovation mindset, which was established by Conny Dufgran in the late 1960s.

For example, when TLL was released, in 2013, very few old-school photographers said they would use it. Now, TTL is a given if you’re in the Profoto system, even on the high-end Pro-10 and Pro-11 packs. If I need speed, especially on location, TTL is my best shot. TTL is one of those things that make life easier, however, it doesn’t substitute precise light shaping and knowledge of light.

It is genuinely exciting to see where AirX will go next and how much more can it be in the next decade.

admin - September 17, 2021
0
The Wacom Mobile Studio Pro looks fairly unremarkable by graphics tablet standards on the surface, so if you’ve come across a listing for...

Decades of research brings quantum dots to brink of widespread use...