Coronavirus-mandated lockdowns everywhere have forced us to rethink how we collaborate and communicate. Unless you have been living under a rock, the one video chat app that has clearly seen a massive rise in popularity is Zoom. Before February, Zoom was only known among enterprise users and tech journalists like us who were sent Zoom links for conference calls.

Ever since the enforced lockdown of entire cities and countries, however, which forced everyone to stay indoors and work from home, Zoom has clearly emerged as a handy collaborative tool. In fact, the daily active user and monthly active user counts were up by about 340 percent and 160 percent respectively, when compared with data from the end of December 2019 for Zoom.

While Zoom is still a great tool, it’s worth looking at alternatives, especially if privacy is a concern, which it should be. Image: Microsoft

The reasons for its popularity are many: ease of use, cross-platform support, support for group video conversations of up to 100 participants on the free tier, interactive features offered during video conversations, and many more.
But, as is the case with technology products and services that get popular, Zoom also has had its fair share of issues. Things such as ‘zoombombing’, the lack of end to end encryption, sharing user data with Facebook, and other such issues have highlighted aspects Zoom had never considered when it was purely an enterprise-focused video chat application. Zoom has decided to concentrate on fixing its security and privacy loopholes for 90 days, and won’t be releasing new product related features till then.

Zoom has shone a light on video chat applications for work as well as play. While one-to-one video calls had always been around, group video calling was limited to work. As Zoom has shown us, that line has been blurred now.
While Zoom is still a great tool, it’s worth looking at alternatives, especially if privacy is a concern, which it should be. Here are some alternatives worth considering:

Skype had been almost a verb for video conferencing till Zoom caught it completely off-guard in the last couple of months. Skype has now released Meet Now, a video conferencing tool that thankfully does not require you to download anything or remember any login or password details. All you need to do is head over to this page, tap on the “Create your Meeting” button, after which a link is generated (which has a URL starting with join.skype.com). You can share this link with your contacts and begin a video call. It lets you record conversations, blur backgrounds, as well as share your screen. It can accommodate up to 50 people at a time.

This is another video chat application that does not require any registration and is free to use. It’s open-source and claims to be encrypted. Head over to meet.jit.si to use it. The webpage is pretty straight forward, as there’s only one prompt to enter your meeting name, and off you go to a meeting room after giving the site permission to access your camera and microphone.

This service lets you share your screen, add participants (the site doesn’t mention any upper limit, but you will notice sluggish behaviour if you add too many people), blur backgrounds, stream live to YouTube, record meetings, and much more. You can password protect your meetings as well.

It also has a free Android and iOS app, which also does not require any registration. You can also integrate Jitsi on Slack as well. You can also create your own *Jitsi* hosting server if you are into that kind of thing.

You can download Jisti Meet on Android and iOS.

Webex has been an enterprise video conferencing app since long before Zoom came to the scene — in fact, Zoom’s founding team worked at Webex.

The free version of Webex can only be shared between three users. It lets you conduct group video meetings with up to 100 participants for up to 40 mins (like Zoom). It features HD video, screen sharing, cross-platform support, and recording features. It makes sense for use cases such as educational purposes, meetings with a large number of participants, etc.

It’s an ideal application if you are a medium business enterprise with many employees. It’s overkill for a group meeting with a small team.

You can download Cisco Webex Meetings on Android and iOS.

This app comes pre-installed on Android smartphones and is a cross-platform video calling app. It is a really simple app with support for up to eight participants at a time. You also get the option of sending a video message if the person you are calling isn’t picking up. The calls are end-to-end encrypted, so that’s good. As it’s a consumer-focused app, you get features such as AR filters. Apart from this, there aren’t many other fun things you can do with Google Duo. For that, let’s see our next app.

You can download Google Duo on Android and iOS or use it over the web.

As the name suggests, Houseparty is meant to be a fun video chat app. Its downloads have seen a significant rise, with daily downloads rising from 24,795 per day on 15 February, to 651,694 on 25 March. In addition to the group video chatting functionality with up to eight friends, Houseparty lets you play a whole bunch of games with your friends. 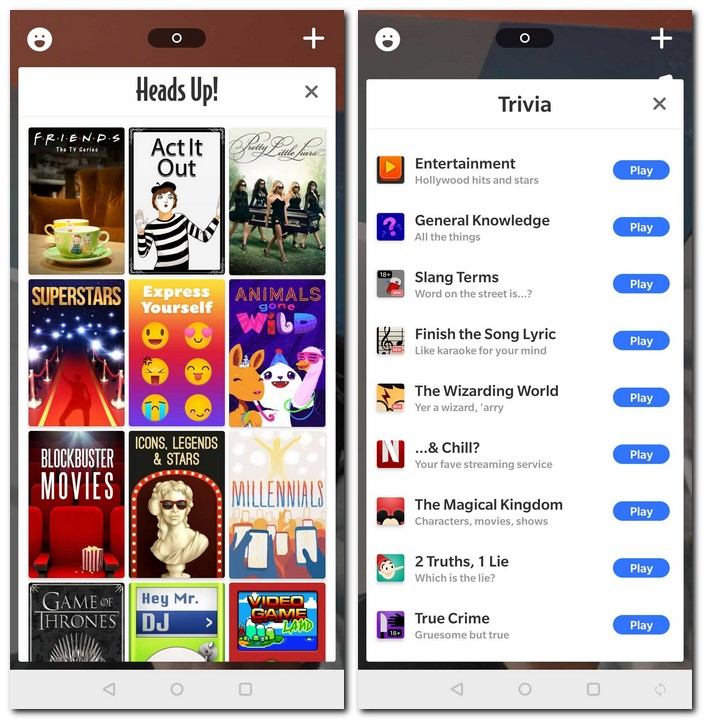 The app’s interface is quite easy to get your head around if you use social media apps. There has been speculation about the app being compromised, but its founders maintain that there has been no data breach.

If you are a hardcore gamer, chances are that you’re already on Discord. This app which allows you to chat via text or audio across different servers with your friends or other gamers. It also has a group video calling function for chatting with up to 10 users at a time. You will have to ensure that all the participants in the video call are your friends.

On creating a private DM group, you can hit the video call icon in the top right-hand corner to begin your video call. It is not as versatile as Zoom or other group video calling apps, but it lets you share your screen at least.

There are more popular video chatting apps out there, including Messenger, WhatsApp, Instagram, FaceTime, and so on, which I am sure a lot of you are already using. But if you are stuck at home, why not try out something new and have some fun while you’re at it?

Generark HomePower 2 Can Charge Everything And EVs Too

Best New Phones Coming to the UK in 2021

admin - April 24, 2020
0
Many countries and companies have come down on the usage of Zoom. But with social distancing and work from home being more or...

Verizon gets On Site with private 5G networking to enterprise and...